Posted on May 6, 2019 by Jessie King
School:  Martin Morigeau Elementary

“Reduce Reuse Recycle” has been a common motto over the course of the Beyond Recycling year. However, recently students at Martin Morigeau School in Canal Flats were challenged to put the “reuse” statement into action.

Students were first introduced to others around the world who have made amazing products, objects, tools, or toys from items destined for the dump. One small town in South America has been turning objects found in the trash into orchestral instruments! After many prototypes and tests, another man made a working bicycle out of cardboard!

Students designed their projects on paper and collected various bits of recycling over the course of a week. Students then had several class periods to work on building, fixing, remodelling, and perfecting their re-used objects. Everyone was engaged in this creative, hands on process!

Final projects included a tiny model of Thomas the Tank Engine made out of cardboard, a fish mobile (related to the salmon lifecycle project in their science class), a rocket backpack for a pet, and several bird feeders – just to name a few!

So, when you’re thinking about throwing something out or in the recycling, perhaps save it for a rainy day of crafting, creating, and who knows what you’ll come up with! 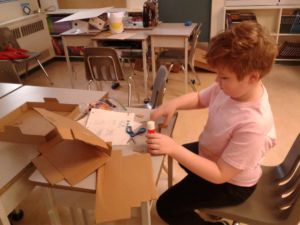 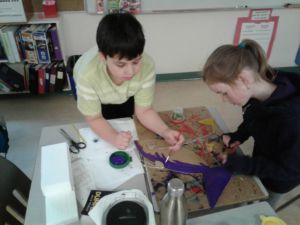 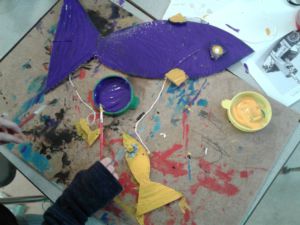 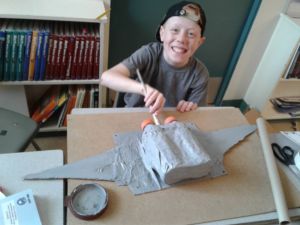