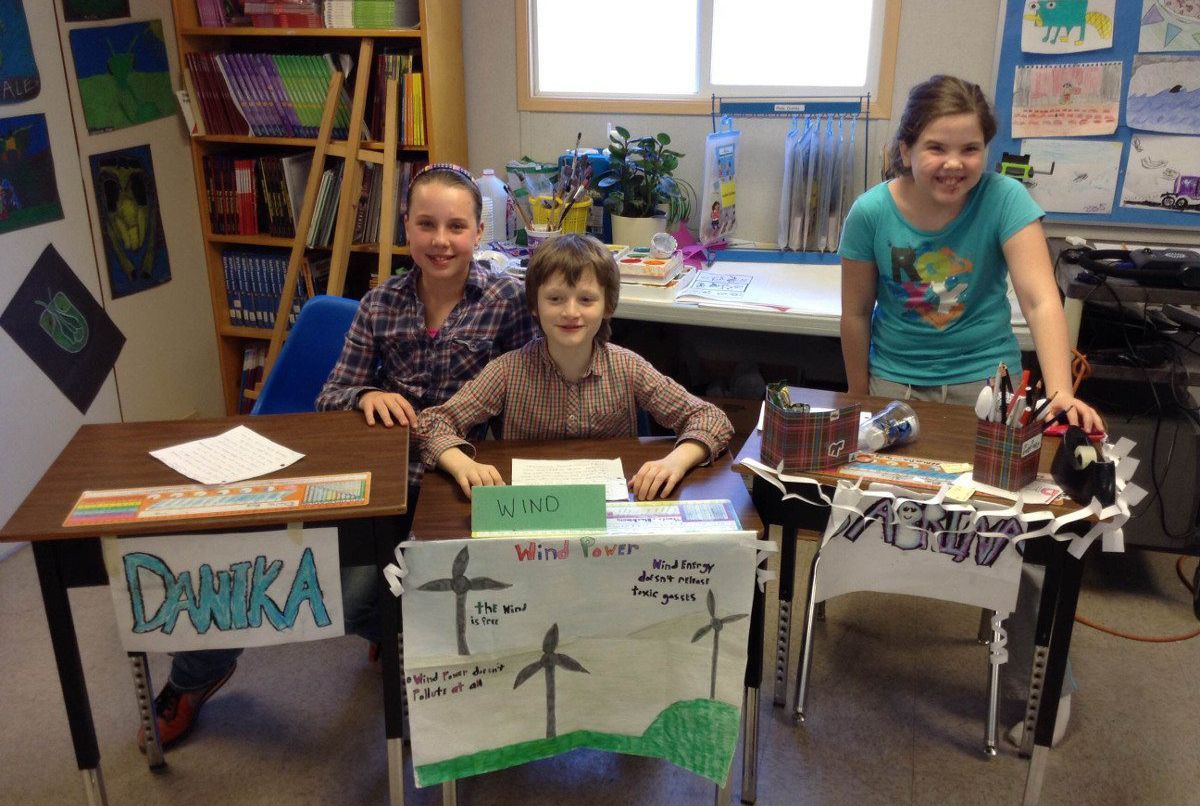 This week in the Beyond Recycling Class at Yaqan Nukiy, we got to use both our wit, our critical thinking and our research to hash out an Energy Debate! We had five teams: Solar Energy, Wind Energy, Nuclear Energy, Hydro Power and Fossil Fuels.

Leading up to the Energy Debates, we have been discussing energy, how we make electricity from different energy sources, the environmental and social impacts of different types of energy production, and ways that we can reduce our personal energy consumption. Right now the students are doing an Eco-Challenge to focus their attention on turning of lights when no one is in a room, reducing their screen time, turning down the thermostat at night and remembering to close doors promptly when leaving a heated building.

The Energy Debate had three rounds: Opening Statements, the Rebuttal Round and Closing Statements. Each team got to say why their energy source was the most useful to society, and then to respond to challenging questions from the other teams. The teams asked questions about the cost, the reliability, the safety, and the future of each energy sources.

So which energy source won the debate? Was there any clear winner when all the pros and cons were considered? Often times, as we found in the debate, it depends. Energy production is a complex issue that depends on more than just the technological ability to harness a particular energy source.

Mr. Marzke provided an excellent example of how a country’s energy production can change over time. For example, Germany has a governmental policy to continuously increase renewable energy production. Their goal is to have 35% of electricity production to be renewable by 2020 and 50% in 2030. In the last 5 years they have installed record amounts of solar energy stations and are on target to reach their goal in 2020.

So although we closed the Energy Debates, the discussions continue, in our homes, in our communities and around the world. One thing we all agreed on is one of the most direct ways to be part of this conversation is to practice energy conservation at home and at school by being mindful of our daily energy habits.