Both classes did fantastic with the debates, working together as a team to research and prepare for the delivery. And though the debates became heated in a friendly way in both classes, all of the students showed great ability to stay composed and think on their feet during their rebuttals.

After the students considered the pros and cons of all the different energies, there was no clear winner as to which energy source is the best. What the students did see as being clear is that we should all try to use less energy in our every day lives.

Way to go students in Ms. Newton and Ms. Gadbois’s classes – you should be proud of your debates! 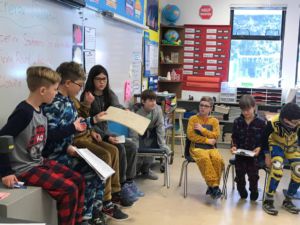 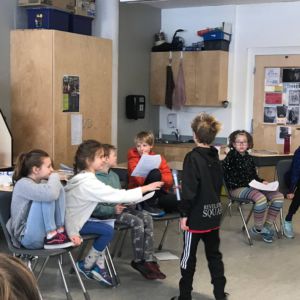 Ms. Gadbois’ class passed a piece of carpet to the student who was speaking so they “had the floor”, while Ms. Newton’s class passed around a mic.