Posted on May 27, 2022 by Kim Urbaniak
School:  Gordon Terrace Elementary

Cons, cons, cons and…pros? It’s much more fun to point out the faults of others than to build yourself up, Ms. Rundberg’s class realized when wrapping up their energy unit of Beyond Recycling.

The energy unit included lessons about the types of energy, the different sources of energy, and then a close look at the path of our power. This all culminated in an energy debate, where the grade 5’s were challenged to convince the other students that their group’s energy source was the best. Pitting five different energy sources against each other: fossil fuels (coal, oil and gas), nuclear, solar, wind and hydro, the students were meant to share all the positive aspects of their own energy, then quiz the other groups on the challenges they face.

But the students quickly discovered it’s hard to argue the positives of your own energy source, and much more fun to grill your classmates! Questions were asked over and over again, until satisfactory answers were given – another tough challenge! The fossil fuels group even camp prepared with a list of questions that rivaled Santa Clause’s nice list!

Much discussion and debate ensued, but we still didn’t end up with a clear winning energy source. There are pros to each of them. Even more notably, the class eventually realized the value in building yourself up instead of tearing others down. A very important life lesson! 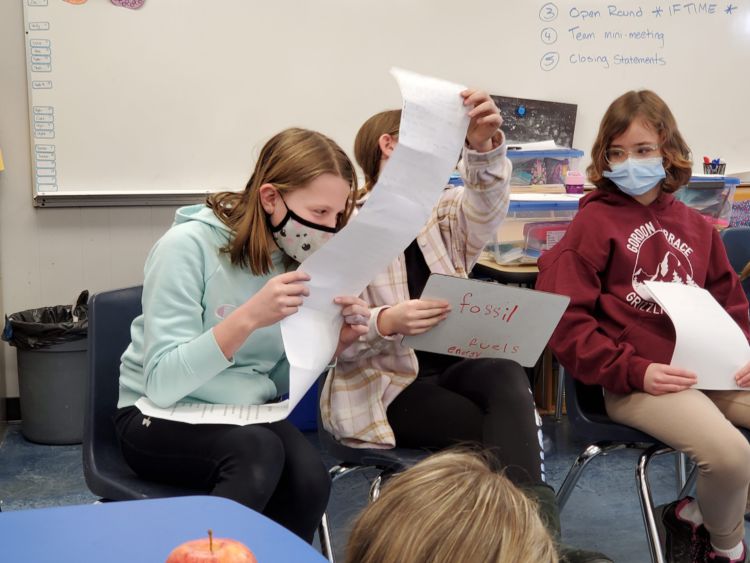 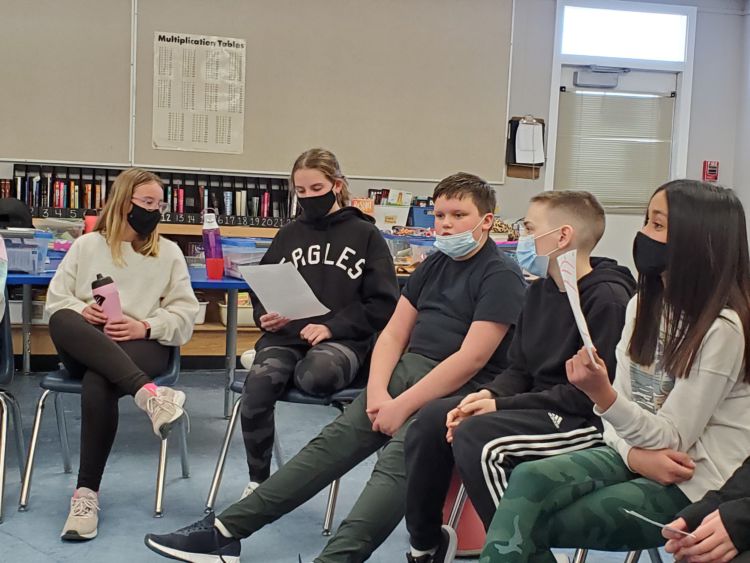